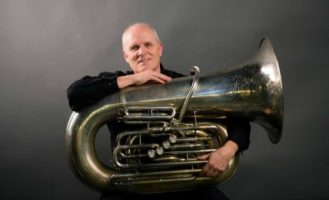 Michael Grose joined the Eugene Symphony in 2002. Prior to moving to Oregon, Grose served as principal tubist of the Savannah Symphony Orchestra and the Hilton Head Orchestra. He is currently Associate Professor of Tuba at University of Oregon. Grose received his Bachelor and Master of Music degrees from Northwestern University, where he was a student of Arnold Jacobs. Before assuming his position in Savannah, Grose was tubist with the Civic Orchestra of Chicago and the Illinois Philharmonic. He has performed with the Chicago, Atlanta, Milwaukee, Honolulu, Oregon, Charleston, and Jacksonville Symphonies, as well as the Boise Philharmonic. An accomplished chamber musician, Grose received the Sweepstakes Award at the Fischoff International Chamber Music Competition, making him the first tubist to receive that prize.