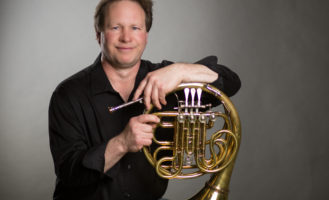 Scott King is currently Principal Horn of the Newport Symphony, Second Horn of the Eugene Opera, and Fourth Horn of the Eugene Symphony. He has performed with other Oregon based ensembles including the Oregon Mozart Players, the Oregon Festival of American Music, and the Oregon Bach Festival. He has also performed with many orchestras throughout the United States, most notably, the Florida Symphony Orchestra, West Virginia Symphony, Oregon Symphony, Knoxville Symphony, and Portland Opera. As a freelancer he has played for innumerable artists including Ray Charles, Tony Bennett, Helen Redy, Tommy Tune, Rich Little, and Bernadette Peters. Scott is currently Horn Instructor for Lane Community College. He holds music performance degrees from the New England Conservatory of Music, Ohio University, and the University of Oregon.