Count down to 2023 with the Symphony and the vocal talents of Peter Hollens and Siri Vik, as we pop some bubbly and ring in the new year!

We begin a brand-new tradition of ringing in the new year at the Eugene Symphony. Joined by worldwide YouTube sensations Peter and Evynne Hollens and other special guests, Francesco and the orchestra will surprise and delight you with Broadway hits, Strauss waltzes, and George Gershwin’s eternal An American in Paris. Plus, stick around after the concert for dancing in the lobby, special drinks, and raise a toast to 2023 at midnight!

UPDATE: Eugene Symphony regrets to share that guest vocalist Evynne Hollens is unable to join us for our New Year’s Eve Celebration concert due to illness. In her stead, we are grateful that Eugene favorite Siri Vik will perform alongside guest vocalist Peter Hollens, and no program changes are expected. Learn more about Siri Vik below.

Doors open at 7:30 pm, so arrive early to visit with us and enjoy a special signature cocktail before the concert begins. At 8:30 pm, our New Year's Eve Concert will begin, featuring Eugene Symphony and guest vocalists.

As the concert ends around 10:30 pm, join us in the Hult Center lobby for libations, including a special signature cocktail, and an opportunity to get your dance on thanks to our DJ. Then, at midnight, we will gather to experience a special and exciting surprise as we raise our glasses to the new year! It's the New Year's Eve party that you don't want to miss.

Learn more about this concert:

Peter Hollens is an American entrepreneur, educator, and is best known as a classically trained vocal artist specializing in a cappella music on Youtube and Facebook. With over 5 million followers and subscribers on his content and over a billion total views since 2011. Hollens was a founding member of the YouTube creator advisory board and advises many companies including Patreon, Loudr, and Tubular. Hollens has collaborated and performed with many outstanding artists including David Archuleta, Brian Wilson, Jason Mraz, Hunter Hayes, Gladys Knight, Lindsey Stirling, George Watsky, Jackie Evancho, and ThePianoGuys.

He has released over 160+ digital singles and continues to release new music every other week.

In December of 2017, Hollens launched his digital education platform, Creator Education. A robust, online education video series that teaches aspiring creators the key entrepreneurship skills and strategies needed to live their passion in the digital age. Hollens’ first course, How to Make a Living Online, has over 1,000 students and is also being taught at American Universities.

Hollens was a founding member of the YouTube creator advisory board and advises many companies including Patreon, Loudr, and Tubular.

Siri Vik is recognized within the Northwest music scene as a singer of versatility, power, and emotion. Since winning Grand Prize at the International Lotte Lenya Competition 15 years ago when still singing opera, Siri found a niche interpreting songs ranging from classical to pop to jazz to musical theater—-songs with history, edge, theater, and a healthy dose of human suffering. For several years Siri has created and premiered cabaret evenings at Eugene’s John G. Shedd Institute for the Arts, and has since performed concerts devoted to this eclectic repertoire throughout Oregon and the Northwest region, most often reprising her two shows rooted in old-world cabaret: Moon Shines Red: Weill & Brecht, and La Môme Edith Piaf.Recent performances include singing the Acid Queen with Eugene Ballet’s production of The Who’s Tommy, opening for comedian Bob Newhart at Seven Feathers Casino and for Tori Amos at Britt Festival, and appearing with her band The Red Propellers on the vaudeville stage at Oregon Country Fair. In 2015 Siri performed her third album tribute show with the Joe Manis Quartet at Jimmy Mak’s in Portland, Christo’s in Salem, the Shedd, and at the Pleasant Hill Jazz Festival. She is a frequent featured soloist with the Emerald City Jazz Kings, and at Oregon Festival of American Music. In 2016 and 2017 Siri created 2 additional musical tribute at The Shedd: Do I Move You?, honoring her most beloved musical icon, Nina Simone, and Femme Fatale.

Are you feeling lucky? Enter the Eugene Symphony lottery for the chance to win two tickets to an upcoming concert! Fill out this form, including contact information and choose from a variety of our symphonic concerts that you would like to attend. If you are a winner, you will be contacted one week before the concert to collect your winnings.

The health and safety of Eugene Symphony audience members, musicians, and staff members has been and will always be our top priority. We strongly welcome and encourage patrons who wish to continue wearing masks while attending performances to do so. We want all of our attendees to feel comfortable and accepted in your choice. You take care of you, we'll take care of the music and ensuring that your experience attending a Eugene Symphony concert remains exceptional.

For the most up to date health and safety protocols for Hult Center performances, visit the Hult Center website — or feel free to call the Hult Center Ticket Office at 541-682-5000 Tuesday to Friday from 12:00 to 5:00 pm.

Give the Gift of Music

Music makes an amazing holiday gift for everyone on your list and we are currently running our Holiday sales until Dec 31! You can take advantage of these great offers on our Compose Your Own Packages to gift to a loved one or use yourself! 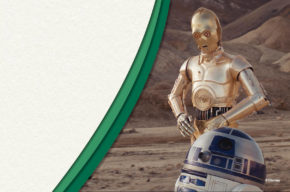 Episode VI: The Return of the Jedi 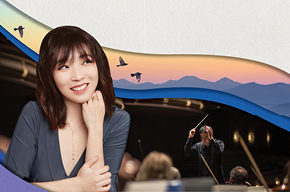