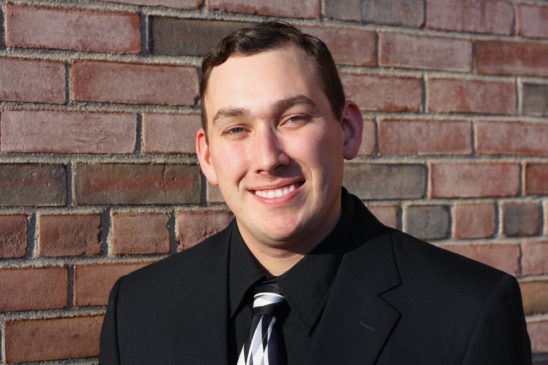 EUGENE, OR (February 13, 2019) — Eugene Symphony announces an ambitious four-year project in partnership with Santa Rosa Symphony that will bring music creation, community collaboration, and new works of classical music to the forefront. “The First Symphony” project will launch in the fall of 2019 with the first of four symphonies, each composed by a different acclaimed American composer.

As the first of its kind nationwide, the project is co-commissioned by the Eugene Symphony, the Santa Rosa Symphony, and nine patron households, including Music Director & Conductor Francesco Lecce-Chong. Composers will write their first symphony, each to be world-premiered between the two symphony orchestras over the next four years. In addition to the symphonic length work, additional shorter compositions by each composer will also be included the Eugene Symphony’s repertoire.

"The classical music art form relies on the creative vision of today's composers," says Lecce-Chong. "In the large-scale form of a symphony, these composers will be able to create a musical world that is both deeply personal and powerfully universal, all the while bringing new creations for classical music lovers to enjoy for generations to come.”

Increasing the scope of the project, each of the composers will be Composer-in-Residence during the weeks of their performances, participating in community engagement and music education in and around Eugene. The unique project was conceived by Lecce-Chong, who is also the Music Director of the Santa Rosa Symphony, to shift the commissioning paradigm to a process that is both collaborative and interactive between the commissioners, performers, composers, and their communities.

“The importance and impact of these projects go far beyond the concert hall and each organization. The multiple residencies within our local communities will allow us to not only celebrate these new creations, but also bring us closer to their creators and the meaning behind their music," says Lecce-Chong.

Matt Browne, Season 2019/20. “I am thrilled to have the opportunity to be present in the Eugene and Santa Rosa communities throughout the creative process. So often composers are shut in our studios writing music, only to send the final work off with minimal contact. It is refreshing and so important for us composers to be present and available throughout the process, not only to the musicians but also to the community as a whole.”

Gabriella Smith, Season 2020/21. “The reason this project is so exciting to me is that I haven’t yet had the opportunity to write an orchestral work of this scope. I have always been attracted to long, continuously developing musical arcs, and a work of this scope will give me the opportunity to develop this sense of trajectory and evolution to a much fuller extent than I have ever been able to in the past.”

Angélica Negrón, Season 2021/22. “Undertaking such a large-scale work is a stimulating challenge as well as a creative opportunity to take risks and explore what it means to write a symphony in the 21st century. With my new piece, I am hoping to reimagine this tradition, considering the orchestra as an ever-evolving and expanding sonic palette with infinite possibilities. I am interested in submerging myself in this long form to discover new sonic spaces that make room for fresh perspectives that reflect what it means to be a composer in today's complicated landscape.”

Michael Djupstrom, Season 2022/23. "It was orchestral music that first really sparked my interest in classical music. I am still in love with orchestral music today.  I have written for several works for the medium, but I have never had the chance to compose something large-scale. These opportunities are extremely rare today, and I'm very excited to take part in this project."

Lecce-Chong wanted the commissioning support to be locally based, so as to strengthen community engagement during the compositional process. Moreover, his commitment to this project extends to his being one of the nine donors himself, which is extremely unusual for a music director. Thus, four local patrons of the Eugene Symphony and four from the Santa Rosa Symphony, as well as Lecce-Chong, will provide the financial support for this project and all nine donors will be listed on the music scores as co-commissioners. Eugene Symphony’s patron commissioners are Roger and Elaine Saydack, Elaine Twigg Cornett and Zane Cornett, Donald Gudehus and Gloria Page, and Jack and Dondeana Brinkman.

Patrons Elaine Twigg Cornett and Zane Cornett say, “We are blessed with an excellent Symphony in Eugene, and we are attentive to ensuring that excellence, and our reputation for excellence, continue into the future. The First Symphony Project is a rare and exciting opportunity – a means for the Eugene Symphony to continue to creatively collaborate with talented composers. We are happy our community will benefit by hearing their new compositions performed live.”

New York-based composer Matt Browne (b. 1988) strives to create music that meets Sergei Diaghilev’s famous challenge to Jean Cocteau: “Astonish me!”, through incorporating such eclectic influences as the timbral imagination and playfulness of György Ligeti, the shocking and humorous eclecticism of Alfred Schnittke and the relentless rhythmic energy of Igor Stravinsky. His music has been praised for its “unbridled humor” (New Music Box) and described as “witty” (The Strad) and “beautifully crafted and considered” (What’s On London). See full bio here.

Gabriella Smith (b. 1992) is a composer from the San Francisco Bay Area whose music is described as “high-voltage and wildly imaginative” (Philadelphia Inquirer), “bold, original and suggests exciting new directions for American music” (Conductor Giancarlo Guerrero), and “You really get the Pacific Ocean, man!” (Cabrillo Festival audience member). Her music has been performed throughout the United States and internationally by eighth blackbird, Bang on a Can All-Stars, the Cabrillo Festival Orchestra, the Nashville Symphony, PRISM Quartet, Aizuri Quartet and yMusic, among others. Upcoming season highlights include the world premiere of a new work for Roomful of Teeth and Dover Quartet at Bravo! Vail Music Festival, and performances of Tumblebird Contrails by the Los Angeles Philharmonic in January 2019, conducted by John Adams. See full bio here.

Composer and multi-instrumentalist Angélica Negrón was born in San Juan, Puerto Rico in 1981 and is currently based in Brooklyn, New York. Interested in creating intricate yet simple narratives that evoke intangible moments in time, she writes music for accordions, toys and electronics as well as chamber ensembles and orchestras. Her music has been described as “wistfully idiosyncratic and contemplative” (WQXR radio's Q2) and “mesmerizing and affecting” (Feast of Music) while The New York Times noted her “capacity to surprise” and her “quirky approach to scoring.” She was selected by Q2 and NPR listeners as part of “The Mix: 100 Composers Under 40,” by Flavorpill as one of the “10 Young Female Composers You Should Know” and by Paste Magazine as one of the 20 most innovative musicians working today. See full bio here.

The work of composer and pianist Michael Djupstrom (b. 1980) has been honored with first prizes in the international composition competitions of the United Kingdom’s Delius Society, the American Viola Society and the Chinese Fine Arts Society. He has been further recognized through awards and grants from institutions such as the American Academy of Arts and Letters (Charles Ives Fellowship, Charles Ives Scholarship), Pew Center for Arts & Heritage (Pew Fellowship), New Music USA, S&R Foundation (Grand Prize, Washington Awards), Meet the Composer, the American Composers Forum, the Académie musicale de Villecroze, and the Sigurd and Jarmila Rislov Foundation, among many others. The Music Teachers National Association named him its 2005 MTNA-Shepherd Distinguished Composer of the Year. See full bio here.

Now in its 53rd season, the Eugene Symphony is a nonprofit and 83-member orchestra based in Eugene, Oregon. Led by Music Director & Conductor Francesco Lecce-Chong, Eugene Symphony reaches more than 50,000 adults and children annually with live music performances. Recognized as a cornerstone of the performing arts in Oregon's southern Willamette Valley, Eugene Symphony pursues its mission of enriching lives through the power of music by presenting annual classical and pops concerts, as well as music education and community engagement programs, regularly commissioning and premiering new American works, and disseminating its performances via radio broadcasts and recordings. More at eugenesymphony.org.