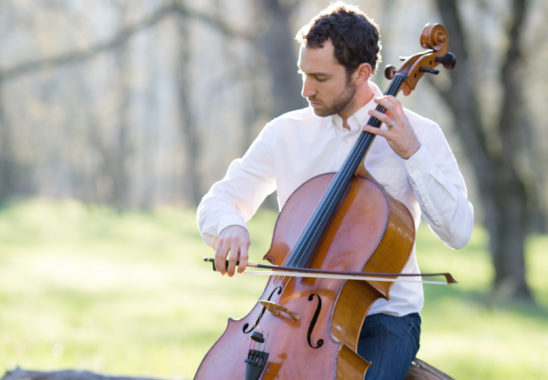 On That Note: Eric Alterman

On That Note introduces a member of the orchestra. This issue features Eric Alterman, Assistant Principal Cello.

What made you decide to play your instrument? I wanted to start a second instrument after playing piano for about six years. I attempted the flute, but it gave me headaches. I think the deep bassy sound of the cello appealed to me. I always loved the dramatic minor-key piano pieces.

When you’re not playing your instrument(s), what would we most likely find you doing? Maybe getting in some physical activity, which is often a hike, tennis/pickleball game, or yoga class.

If you weren’t a musician what would you be? Let’s go with psychologist.

What is your favorite piece of all time to play and why? Beethoven’s String Quartet Op. 131 in C-sharp minor. Along with being one of my favorite pieces of music, it contains no breaks between movements, and so it requires a special focus and engagement.

If you could meet one composer/musician, who would it be and why? [Legendary cellist] Pablo Casals: his recordings have been very moving and inspirational. Or a beer with Brahms, who seems really hilarious.

Where is your favorite place in Oregon and why? There is a secluded spot in the Coast Range that is magical. I love enormous, ancient trees.

Red, white, stout, hoppy or other? Just no juicy IPAs.

What do you think some audience members might find surprising about you? I didn’t really decide to become a professional cellist until I started grad school.

Any interesting pre-performance rituals? I just try to stay relaxed and not arrive at the hall too late.

Tell us a fun fact about yourself. I make really good kimchi.