All master classes are free and open to the public.

Safety Requirements:
Beginning September 1, 2021, the Hult Center will require proof of vaccination against COVID-19 for entry to all performances and events. Those unable to be fully vaccinated, including children under the age of 12, must have proof of a negative COVID test, taken within 48 hours of performance or event. Masks are also required at all times inside the building. Learn more about the Hult Center’s COVID-19 protocols here.

A violist of international reputation, Roberto Díaz is president and CEO of the Curtis Institute of Music, following in the footsteps of renowned soloist/directors, such as Josef Hofmann, Efrem Zimbalist, and Rudolf Serkin. As a teacher of viola at Curtis and former principal viola of the Philadelphia Orchestra, he has already had a significant impact on American musical life, and continues to do so in his dual roles as performer and educator.

As a soloist, Mr. Díaz collaborates with leading conductors of our time on stages around the world. He has also worked directly with important 20th- and 21st-century composers, including Krzysztof Penderecki, whose viola concerto he has performed numerous times with the composer on the podium, and whose double concerto he premiered in the United States; Edison Denisov, who invited him to Moscow to work on and perform his viola concerto; and Ricardo Lorenz and Roberto Sierra, both of whom have written concertos for him. Most recently, Jennifer Higdon composed her 2018 Grammy Award-winning viola concerto for Mr. Diaz. The recording was released on Naxos and has been performed frequently including at the Library of Congress with the Curtis Chamber Orchestra (premiere), the Aspen Music Festival, and the Atlanta Symphony Orchestra, all with Robert Spano on the podium; Minnesota Orchestra with Cristian Macelaru; Nashville Symphony with Giancarlo Guerrero; and most recently with Michael Tilson Thomas and the New World Symphony in October 2019.

A frequent recitalist and chamber musician, Roberto Díaz has performed with major string quartets and pianists in chamber music series and festivals worldwide. He has also toured Europe, Asia, and the Americas as a member of the Díaz Trio with violinist Andrés Cárdenes and cellist Andrés Díaz. The Díaz Trio has recorded for the Artek and Dorian labels.

Mr. Díaz’s recordings on the Naxos label with pianist Robert Koenig include the complete works for viola and piano by Henri Vieuxtemps and a Grammy-nominated disc of viola transcriptions by William Primrose. Also on Naxos are Brahms sonatas with Jeremy Denk and Jonathan Leshnoff’s Double Concerto with violinist Charles Wetherbee and the Iris Chamber Orchestra led by Michael Stern. On the New World Records label is a live recording of his performance of Jacob Druckman's Viola Concerto with Wolfgang Sawallisch and the Philadelphia Orchestra. Other releases include the Walton Viola Concerto with the New Haven Symphony and William Boughton (Nimbus), and works for viola and orchestra by Peter Lieberson with the Odense Symphony Orchestra and Scott Yoo (Bridge Records).

Since founding the global touring initiative Curtis On Tour in 2008, Roberto Díaz has taken this hugely successful program to North and South America, Europe, and Asia, performing chamber music side-by-side with Curtis students and other faculty and alumni of the school. In addition to Curtis On Tour, his tenure as president of Curtis has seen the construction of a significant new building which doubled the size of the school’s campus; the introduction of a classical guitar department and new conducting and string quartet programs; the launch of Curtis Summerfest; and the debut of an online stage called Curtis Performs. In the fall of 2013, Curtis became the first classical music conservatory to offer free online classes through Coursera.

Also under Mr. Díaz’s leadership, Curtis has developed lasting collaborations with other music and arts institutions in Philadelphia and throughout the world, and has established a dynamic social entrepreneurship curriculum, supported by an Advancement Grant from The Pew Center for Arts and Heritage. Designed to develop the entrepreneurial and advocacy skills of young musicians, this curriculum includes the project-based Community Artists Program (CAP) and post-graduate Curtis Artist Year Fellowship Program. Curtis was the first higher-education arts institution to join Artist Year and respond to the challenge issued by the Aspen Institute’s Franklin Project: to foster a 21st-century national service system, with a goal of one million service-year positions created by 2023.

Prior to his decade-long tenure as Principal Viola of the Philadelphia Orchestra, where he performed the entire standard viola concerto repertoire with the orchestra, including a number of Philadelphia Orchestra premieres, Mr. Díaz served as Principal Viola of the National Symphony under Mstislav Rostropovich, was a member of the Boston Symphony under Seiji Ozawa, and a member of the Minnesota Orchestra under Sir Neville Marriner. He holds a bachelor’s degree from the New England Conservatory of Music, where he studied with Burton Fine, and a diploma from the Curtis Institute of Music, where his teacher was Joseph de Pasquale, his predecessor at the Philadelphia Orchestra. He also has a degree in industrial design.

The Eugene Symphony most often performs at the Hult Center for the Performing Arts. Proof of vaccination or proof of a negative COVID test, taken within 48 hours of the event, is required to enter the Hult Center until further notice. This includes all patrons, performers, staff, and volunteers. Masks are also required within the building.

Upon arrival to Eugene Symphony events at the Hult Center, please be prepared to show your photo I.D. and proof of vaccination or negative COVID test.

The Hult Center has a state-of-the-art HVAC system that completely exchanges air from outdoors 2.5 times an hour. More information can be found on our COVID-19 page.

LOCATION: The Studio at The Hult Center 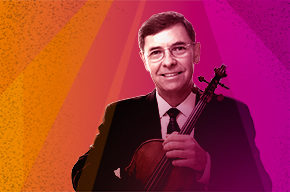 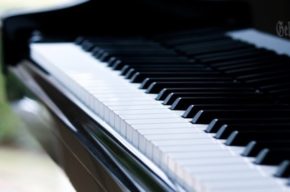 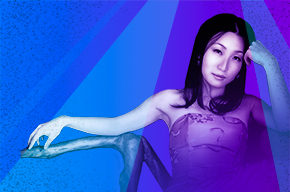